The Modern Slavery Awareness module was created for the Wilberforce Institute in conjunction with The University of Hull. It is an online module which can be accessed by the purchaser’s in-house teams and by its suppliers. One of the main recommendations of the Modern Slavery Act is that organisations should track their performance through KPIs, the module enables organisations to establish training and trackable KPIs for both its in-house teams and suppliers.

The module is a taster course, intended for organisations to understand the basics of what is recommended to them in the Modern Slavery Act. The Wilberforce Institute offers more bespoke, in-depth, face-to-face training to organisations upon request. The institute has provided training to leading UK retailers including Waitrose, John Lewis, Aldi and their suppliers as well as Network Rail suppliers and the seafood industry. 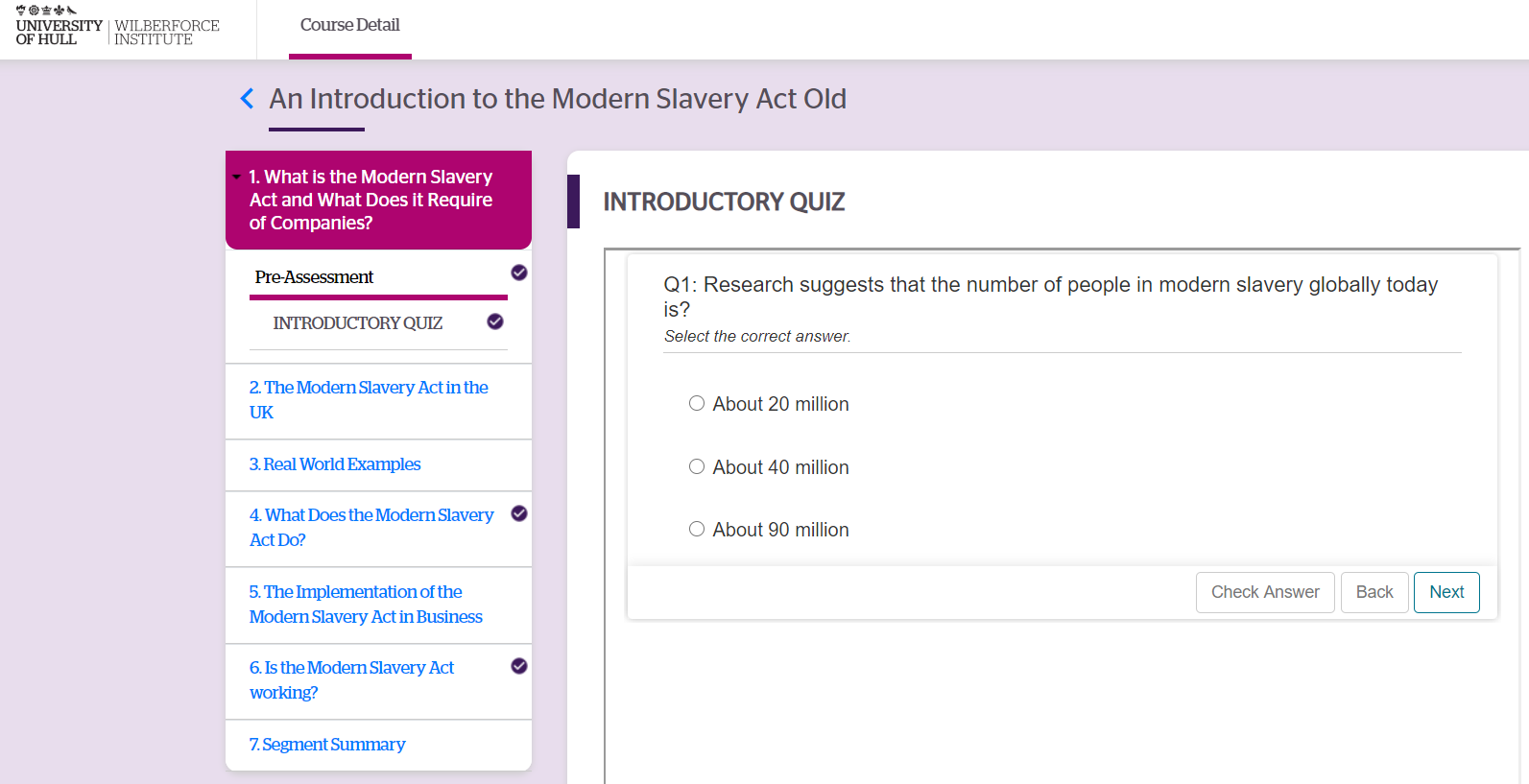